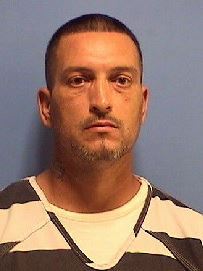 COVINGTON—District Attorney Warren Montgomery reports that on Thursday, October 27, 2022, a St. Tammany Parish jury unanimously found Glenn David Mills, Jr., 45, of Slidell, Louisiana, guilty as charged of first-degree rape of a child under the age of thirteen and molestation of a juvenile. District Judge Richard Swartz presided over the case.

On July 10, 2019 the St. Tammany Parish Sheriff’s Office received a 9-1-1 call reporting a rape of a juvenile. An eyewitness reported that she had left four children alone with the defendant in order to run an errand. When she returned, she walked in on the defendant, in the bathroom, forcing the special needs victim to perform oral sex. She let officers know that she’d recorded her confrontation with the defendant and had also received text messages from him after the incident. The defendant had fled the scene but was later arrested in Jefferson Parish.

Prior to trial, the Judge had ruled that the victim did not have the mental capacity to testify on her own behalf.

At trial, the eyewitness, along with two other family members, provided corroborating testimony.

The State presented the video recordings and text messages. The defendant was heard saying: “I’m mad at my [expletive] self;” “I let that happen just now;” “I don’t know what the [expletive] I was thinking. It was stupid;” “Wow, I just threw my whole [expletive] life away;” and “I’ve never done anything like this before.” The video showed the victim in the room, holding her baby doll.

Text messages from the defendant revealed the defendant saying, “Hope you can forgive me” and “you have every right to be angry.”

In closing, Assistant District Attorney Taylor Nicholson told the jury, “We can hold him accountable, we can protect those who can’t protect themselves.”

The defense claimed that the defendant was “set up” by the eyewitness and that the victim was “used as the weapon” as she couldn’t deny or prove the incident. Assistant District Attorney Zachary Popovich refuted this statement with regard to the eyewitness, “people don’t lie to make their lives harder!” He said, “After three years this witness has been consistent in her story from the 9-1-1 call up to her testimony at trial. This would not be possible if it were not the truth.”

ADA Popovich addressed the jury, “You can speak for this victim. This trial isn’t going to wipe away the pain, humiliation and brokenness of this family, nor will it give the victim back her innocence, but your decision to find this man guilty as charged, will provide them with justice.”

Mills faces a mandatory sentence of life in prison without the benefit of probation, parole or suspension of sentence. He will be sentenced on January 11, 2023.