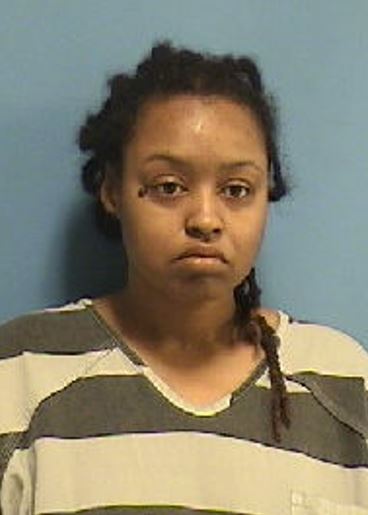 Lewis was sentenced the same day by District Judge Vincent Lobello to 30 years for Attempted First-Degree Murder, Three Counts of Aggravated Battery, and Resisting an Officer with Force or Violence.  The court ordered the 30-year sentence is to be served without benefit of probation, parole, or suspension of sentence. Lewis had no prior criminal record.

On May 18, 2021 Slidell Police were dispatched to a Days Inn in Slidell in reference to a stabbing in progress. Upon arrival, officers observed the victim, a front desk clerk for the hotel, lying on his back, covered in blood with puncture wounds to his body. Two witnesses identified the defendant as having stabbed the clerk. Officers found Lewis holding a bloody box-cutter style knife and with wet blood on her clothes and person.  Lewis refused to comply with officers’ instructions, became agitated and took an aggressive stance, daring officers to “shoot” her. Following a successful taser deployment, Lewis fell to the ground where officers were able to subdue her.

During its investigation, police learned the victim had advised Lewis and her male companion that they had to vacate their room due to non-payment.  During the encounter, Lewis became angry and attacked the victim from behind.  Lewis pepper-sprayed the victim and then began stabbing him with a boxcutter, intentionally trying to cut his throat.  Eventually, the victim collapsed to the ground and Lewis continued her attack.  After being arrested and read her Miranda rights, Lewis admitted she stabbed the victim repeatedly and followed the victim as he tried to escape out of the room where “things got crazy.” She said she had continued to stab him “because he disrespected me. Nobody f*ing disrespects me.”

Hotel security footage captured the incident, including Lewis’s pepper spraying the victim and two other motel guests who tried to intervene and assist the victim.