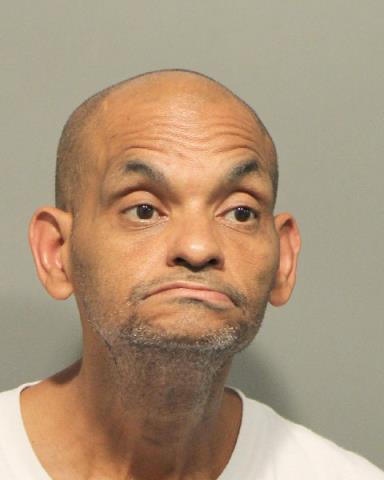 District Attorney Warren Montgomery reports that on Tuesday, May 10, 2022, Joseph Paul Grant, 59, of Slidell, Louisiana was sentenced by District Judge Scott Gardner to life in prison without the benefit of probation, parole, or suspension of sentence after a first-degree robbery incident.

The incident which brought him before the Judge for sentencing as a multiple offender occurred on April 4, 2019. Slidell Police Department officers responded to a report of an armed robbery at a Slidell gas station. Upon arrival, police found a victim who relayed what had happened and officers were able to view video surveillance footage.

A black male wearing pink multi-colored slippers, a black hooded sweatshirt and sweat pants with a Saints cap turned backwards arrived at the store in a black SUV.  As he entered, he walked around the counter and grabbed the store clerk by the neck and demanded that she open the cash register. He then proceeded to punch her multiple times all while threatening to kill her. He eventually fled after taking approximately $200 worth of cash and a few boxes of Kool cigarettes. Video footage also showed that the defendant had two distinctive warts on his middle finger.

A jury found him guilty on January 1, 2022 for this incident.  He was first sentenced to 40 years in prison prior, to the filing of the Multiple Offender Bill of Information.

The Defendant had five prior felony convictions: possession with intent to distribute a controlled dangerous substance, cocaine; purse snatching, armed robbery and attempted manslaughter.  He also had another pending felony charge for possession of a Schedule II drug.

The trial was handled by Assistant District Attorney Blake Peters.