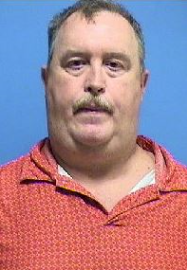 This case began with a tip from Homeland Security to the Attorney General’s Office that the defendant was discussing child abuse and sharing explicit photographs online of two very young girls. Online he stated “I played with my daughter from age 9-14 and I’ve tried my 3-year-old granddaughter….”

During the ensuing investigation, forensics discovered lewd images on the defendant’s mobile phone of the two victims and the defendant later admitted engaging in various sex acts with the children and taking photos of the sex acts and sharing them online. The victims were half-sisters ages 2 and 4 at the time of the investigation.

A sentencing hearing was conducted with one of the victims appearing via Zoom. In her Victim Impact Statement she said to the defendant, “You underestimated us; you don’t deserve to know that we are thriving and I won’t waste another second of my breath on you.”

Assistant District Attorney Whitney Germany prosecuted the case and stated, “the mother of the children is very satisfied with the plea and is glad her children, who are in counseling and doing well now, do not have to go through a trial.”

“Thank you to Homeland Security, the National Center for Missing and Exploited Children (NCMEC) and the Louisiana Attorney General’s Office for their concerted efforts to put this predator behind bars for the rest of his life,” D.A. Montgomery said.