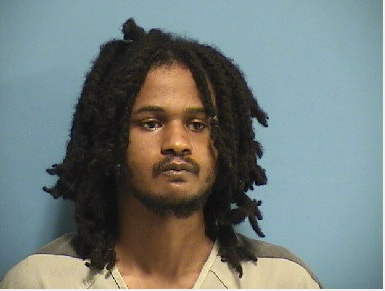 Wellman was then sentenced by District Judge Vincent Lobello to 25 years, to be served without benefit of probation, parole, or suspension of sentence. Wellman had no prior criminal record.  In July, our office reported a plea and sentencing of Mariel Lewis who was the co-defendant in this case.

On May 18, 2021 Slidell Police were dispatched to a Days Inn in Slidell in reference to a stabbing in progress. Upon arrival, officers observed the victim, a front desk clerk for the hotel, lying on his back, covered in blood with puncture wounds to his body.

Two witnesses identified Wellman (and Mariel Lewis) as the perpetrators.

During its investigation, police learned that the victim had entered a hotel room where Wellman and Lewis were staying. He let them know that they had to vacate their room due to non-payment.  Defendant Lewis began pepper-spraying and then stabbing the victim in the throat with a boxcutter.  Wellman then approached the victim, armed with a folding knife, and began to stab the victim. Even as he was knocked to the ground, both defendants continued to cut and stab him. Wellman then fled the scene, leaving Lewis to continue to stab the victim.

Hotel security footage captured the incident. The victim was rushed to the hospital and survived the attack.