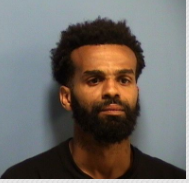 District Attorney Warren Montgomery reports that on November 17, 2021 a St. Tammany Parish jury, found Christopher “Winky” Bell Jr., 35, of Slidell, guilty of Two Counts of Possession of a Firearm by a Convicted Felon and Two Counts of Obstruction of Justice.

On May 26, 2019, the St. Tammany Sheriff’s Department responded to a 911 call from the Alton area where family members of a homicide victim were gathered for a memorial. The crowd became alarmed and began running when they noticed Bell circling the area and armed.  After obtaining a description of the vehicle Bell was in, officers descended on the area. After a brief pursuit officers located Bell and the 2 firearms he attempted to hide under a residence.

The case was tried by Assistant District Attorneys Blair Alford and Tiffany Dover.

During the trial, the State presented testimony from several St. Tammany Parish Sheriff deputies as well as forensic experts with the Louisiana State Police and St Tammany Parish Coroner’s office.  A 12-person jury deliberated for about an hour before handing down the guilty verdict.

The charge of felon in possession of a firearm carries a penalty of 5 to 20 years and obstruction of justice carries 0 to 20 years.  The sentence range(s) could be affected by his status as a multiple offender when he is sentenced by District Judge Vincent Lobello on January 20, 2022.

The District Attorney’s Office commends the St. Tammany Parish Sheriff Deputies for their hard work and dedication to the safety of our community.