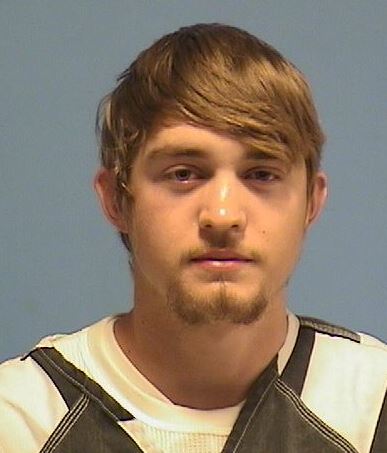 District Attorney Warren Montgomery reports that on Tuesday, August 9, 2022, Shaine Kristopher LeBlanc, 23, of Slidell, Louisiana was found guilty despite the victim recanting her complaint during the trial.

On November 25, 2021, the St. Tammany Parish Sheriff’s Office was dispatched to a home in Slidell, in reference to a domestic disturbance. The complainant reported that a male (identified as Shaine LeBlanc) had been attempting to break into a family member’s residence. Family members were together hiding in a locked bedroom.

The witnesses reported to officers, that earlier in the day, LeBlanc had attacked a female victim and that he’d followed her to this location. The female victim stated that earlier in the day, she’d been involved in an argument that “turned physical.” She stated that during the argument, he’d “choked” her and wrapped his arms around her and squeezed her, to the point where she feared her “spinal cord would snap.” This was all done while a toddler was present in the room. She stated that multiple family members had to pull the defendant off of her, and she then escaped to the home of a relative of LeBlanc. LeBlanc followed her and began pounding on the locked door.  LeBlanc fled the scene before deputies arrived and a warrant was subsequently issued for his arrest.

Officers observed red marks on the victim’s neck, consistent with being strangled. The 1-year-old appeared unharmed. LeBlanc’s relatives advised that they’d witnessed the incident between the defendant and the victim earlier in the day.

During trial, prosecution called the victim and eye witnesses to the witness stand. They all testified that it was the victim who was the aggressor. But bodycam footage disproved this testimony as did the statements they all made to officers on the day of the battery. Prosecutors also showed the photos taken by law enforcement from that evening, showing fingerprint-shaped bruises on the victim’s neck. Photos of the victim’s hands and arms showed no evidence that she’d used them as a weapon against LeBlanc.

This case was prosecuted by Assistant District Attorneys Taylor Nicholson as lead attorney and Roy Burns, III as 2nd chair.