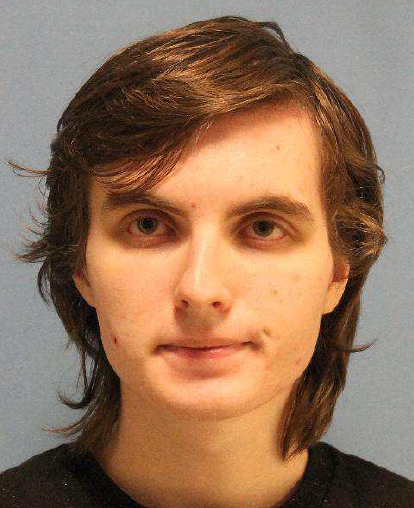 District Judge Reginald Badeaux sentenced him to 5 years Department of Corrections, suspended, and two years’ probation, with conditions that (1) he make restitution to the congregation, (2) he write a letter of apology to the congregation, (3) that he do 54 hours of community service, and (4) that he complete a two-part online course on the history of the holocaust.

On September 5, 2018 in the afternoon, an officer was dispatched to the Northshore Jewish Congregation in regards to a report of criminal damage. Upon arrival, the officer observed graffiti on the building. On the wall were the words “synagogue of Satan”, 14/88, a cross, two swastikas and the word “burn”.

Initially, law enforcement was unable to determine the perpetrator(s) of the crime. But when the FBI’s Joint Domestic Terrorism Task Form interviewed Brown regarding an attack on a congregation in Pittsburgh, PA, the defendant gave himself away when he expressed knowledge of the Mandeville incident.

Law enforcement established was in the Mandeville area during the time of the incident and he formerly resided in an apartment complex near the Northshore Jewish congregation facility. In addition, the defendant had numerous social media posts espousing Nazi beliefs, including denial of the Holocaust, use of the term “synagogue of Satan”, and pictures of himself in Nazi headwear making Nazi salute gestures.

In October 2019, a search warrant was obtained for Brown’s cell phone records. Mapping and analysis put his device in the area of the incident for approximately 4 hours on September 5, 2018. Additionally, the defendant’s former roommate provided information that the defendant had admitted to him that he was responsible. On March 11, 2020, the defendant was arrested.

Four “victim impact” letters were read to the Court. One of the congregants and founding members stated, “Anyone who knows me, understands that I come from a place of love for my fellow human beings, however, this incident is a hate crime which even crosses the line of human decency. It is hurtful, insulting, unacceptable and should not go unpunished, lest the feelings expressed on the walls of our religious home are perpetuated. It violates the basic tenants of Humanity.”

We want to thank the Mandeville Police Department and the FBI’s Joint Domestic Terrorism Task Force for their tenacity in investigating this matter.