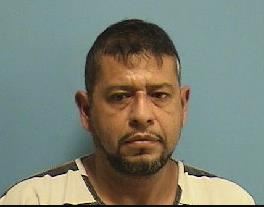 On October 21, 2019, in Slidell, Louisiana the victim and her two children were visiting Chagala, the father of one of the victim’s children.  Chagala was intoxicated which, according to the victim, often leads to anger and abuse. When she attempted to leave the residence, he ordered the children into another room. He began screaming and threw her to the floor and struck her. She tried to defend herself and call for help by turning the light on the front porch on and off repeatedly when he had her against the wall. He then grabbed her by the hair and dragged her across the floor. The children had come out of the room and were now watching. He flipped her over face down. He told the children “give your mother your last kiss” and said he was going to kill her. The son told the defendant to stop and the defendant grabbed a knife from the kitchen. He then started stabbing the television which then crashed to the ground.

The victim was able to break free, but the defendant fled the scene with her car keys before she could leave. The victim called a friend to pick them up and they went to the Slidell Police Department to report the incident. The defendant was unable to be located for over a year following the incident and was eventually arrested on February 1, 2021.

At trial, the victim tearfully recounted years of abusive behavior by the defendant. On this occasion she suffered bruising and swelling to her face and hands. The children both testified in court.

The defendant was sentenced to three years at hard labor in the custody of the Department of Corrections and a lifetime protective order for the victim was issued by District Judge Vincent Lobello. Assistant District Attorneys Tiffany Dover and Taylor Nicholson prosecuted the case.  The Saint Tammany Parish Sheriff’s Office and Department of Children and Family Services investigated the case.