Marrero Man Found Guilty in St. Tammany Parish of Attempted Possession of a Firearm by a Person Convicted of Certain Felonies 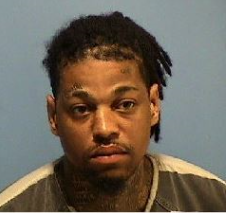 Marrero Man Found Guilty in St. Tammany Parish of Attempted Possession of a Firearm by a Person Convicted of Certain Felonies

On August 17, 2020, at a little before midnight, a St. Tammany Parish Deputy observed Hutchinson swerving in his lane of travel and ultimately crossing and straddling the center line. The Deputy activated his lights but the defendant drove on for another half mile.

Hutchinson finally came to a complete  stop, but instead of exiting the vehicle, he put it in reverse and struck the officer’s unit. He then pulled his car forward, exited it, and momentarily fled on foot before returning to his car and reaching back into it. The Deputy, using verbal commands, was able to order Hutchinson completely out of the vehicle.

During the ensuing pat-down, the deputy noticed the smell of marijuana and other signs of impairment from the defendant. The Deputy administered field sobriety tests. The defendant performed poorly and was arrested for DWI.  The Deputy conducted a query from dispatch and learned that Hutchinson was a convicted felon on an aggravated assault with a firearm charge.

While the defendant was being detained, Deputies who had arrived on the scene saw in plain view, a Draco mini AK-47 on the back passenger floor board of the vehicle Hutchinson was driving.  Hutchinson’s defense was that he did not know there was a gun in the borrowed vehicle, but the State presented audio evidence of a call between Hutchinson and a friend who asked him, “Why’d you have a gun?” and Hutchinson responded “I had the gun because….”, before being cut off.

Defense counsel asked the jury to consider that the “life” of the defendant was in the balance but ADA Dover rebutted that it was “not his life that is in jeopardy but rather lives of the officers and citizens who could be on the receiving end of the defendant’s bullets.”

ADA Dover commended St. Tammany Parish Sheriff’s Deputies Christopher Galloway and Seth Cunningham for having allayed a situation that could have ended quite differently had it not been for their skill, bravery, composure and professionalism.