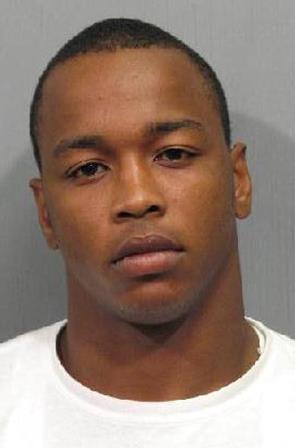 COVINGTON—District Attorney Warren Montgomery reports that on Thursday, June 24th, a St. Tammany Parish jury unanimously found Anthony Dearmas, 29, of New Orleans, guilty as charged of first-degree murder in the death of his son, 6-week-old son Karter Smith. Dearmas had already been found guilty of this crime in 2019 by a non-unanimous jury (11-1) but based on a recent US Supreme Court ruling, qualified for a re-trial.

In the early morning of May 10, 2017, St. Tammany Parish Sheriff’s deputies were called to a mobile home in Slidell, where they found a severely injured infant. The baby’s mother testified that she had left her 6-week-old twin boys and 3-year-old son home with Dearmas while she worked the graveyard shift. She said that she was still at work when she received a call from Dearmas, who told her that Karter, one of the twins, had been dropped by the 3-year old and was unresponsive.

The panicked mother called for help from a relative. The relative testified that when he walked in the house, he found Dearmas, sitting on the sofa, staring blankly at the child, who was “blue, had a mushy belly and was foaming from the mouth”.

The relative made the call to 9-1-1.  The recorded 9-1-1 call was played in Court and Dearmas could be heard repetitively shouting “[expletive] them” (the paramedics) while the relative was begging him to hand the baby over to paramedics. A deputy on the scene ultimately grabbed the infant from Dearmas. The infant was rushed to the hospital but died from his injuries three days later.

Police took Dearmas in for questioning later that morning. In a video interview, Dearmas initially stated that he had been taking a shower and that Karter’s 3-year-old sibling had picked him up and dropped him twice. When challenged, because as the deputy testified “the injuries were too severe for this version to be true,” Dearmas changed his story to say that he fell twice with the baby in his arms. Upon being further challenged, he admitted that he had become frustrated by the screaming child, and “slapped” him twice, knocking him to the floor, stating, “I was caught in a flashback” and “Yea, I lost control and hit the baby.” In trial, it was proved that the truth of his actions against the child was even more extreme than this last version of his story. Assistant District Attorney Tiffany Dover stated during trial, “this was the ultimate way to silence the baby.”

Defense attorneys argued that Karter’s death was a manslaughter, not first-degree murder because Dearmas did not intend to kill the child. Prosecutors rebutted lack of intent because of the extreme “force” used upon the child and the “number” of significant injuries. Dr. Michael DeFatta of the St. Tammany Parish Coroner’s office testified that these were “intentional acts”  which resulted in pulmonary contusion and seven skull fractures indicative of a crushing act. Assistant District Attorney Angad Ghai said in closing, “you don’t get to do this to a newborn and then later say you didn’t intend to injure them.”  To further prove intent, prosecutors pointed to Dearmas’ videotaped interview in which he admitted to striking the child once and walking away, “I tried to check myself and just couldn’t.” When discussing the term “average person” used in manslaughter law, Ghai stated to the jury, “You have kids, your friends have kids and those babies cried…but you didn’t kill them.”

The jury deliberated about 3 hours before voting unanimously in favor of the first-degree murder conviction and cruelty charges, rejecting the manslaughter as well as the not guilty by reason of insanity defenses.

D.A. Warren Montgomery extends his appreciation to all involved in this case as the outcome would not have been possible without this team effort. That team was: Assistant District Attorney’s Angad Ghai and Tiffany Dover, St. Tammany Sheriff’s Department Deputy Scott Daussin, Timothy Crabtree, formerly of the St. Tammany Parish Sheriff’s Office, now with Homeland Security. Dr. Rafael Salcedo, Dr. Michael DeFatta, Dr. Michelle Garriga, and Jason Dammon with the Attorney General’s office.

Dearmas faces mandatory life in prison with no possibility of probation, parole, or suspension of sentence when he is sentenced on August 26th before District Judge Alan Zaunbrecher.