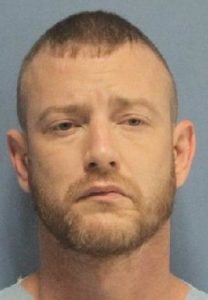 COVINGTON—District Attorney Warren Montgomery reports that a St. Tammany Parish jury found Jonathan D. Talley, 37, of Bogalusa, guilty as charged Friday (May 11) of second degree murder in the death of his former girlfriend, the mother of his child, in Pearl River nearly two years ago. Talley also was found guilty of possessing a firearm as a convicted felon and second degree kidnapping for fleeing the murder scene with his 3-year-old son in violation of a protective order that required him to stay away from the boy and his mother.

Talley faces a mandatory life sentence for the murder conviction when he goes before District Judge Scott Gardner, who set the sentencing for May 29.

Montgomery said, “I extend my sympathies to the family, my appreciation to the jury for their thoughtful deliberation, and my thanks to the law enforcement and prosecution team that brought this to a successful conclusion.”  The St. Tammany Parish Sheriff’s Office investigated the case.

The jury deliberated just over three hours, concluding a weeklong trial that examined the murder of Aimee Kirst, 33, on June 30, 2016. Assistant District Attorneys Casey Dieck and Jay Adair argued that an enraged Talley went to Kirst’s Pearl River home with the intention to kill her and then shot her in the back of the head as she tried to hide in their son’s bedroom.

Adair described a videotaped interview of the couple’s 3-year-old son, who witnessed the shooting, as “one of the single most powerful pieces of evidence I’ve seen in almost 17 years of prosecuting.” The child described hearing his father threaten to shoot Kirst in the head, hearing the loud gunshot, watching his mother bleed to death, and wishing he could put on his Spiderman costume and punch his dad. The boy said his dad shot his mom because she had been “aggravating him all day.”

After the murder, Talley fled the scene in Kirst’s car and drove with his son to Lucedale, Mississippi, where Talley’s mother lived. Talley admitted to his mother and stepfather that he had shot Kirst, and they called authorities.

Dieck and Adair refuted Talley’s claim that he never intended to kill Kirst and that he went to her home that day only to shoot himself in front of her. Talley claimed the gun went off accidentally as he tried to snatch open the door to the child’s bedroom to follow Kirst.

Dieck said that scenario was “not only unrealistic, it was scientifically impossible.”

After the verdict was announced, members of Kirst’s family embraced Talley’s family members, and they wept and comforted each other.