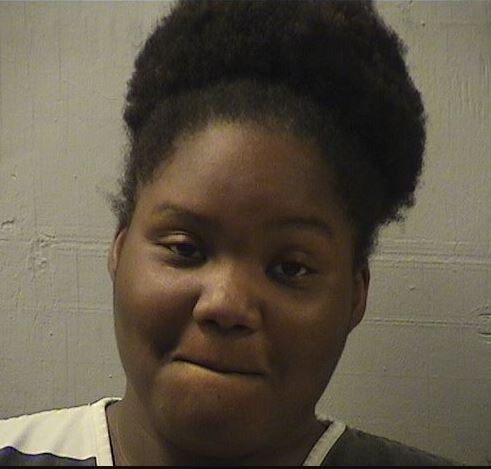 During Jackson’s guilty plea, the victim was present in court and gave a victim impact statement describing how her life has been altered by Jackson’s physical attack.  After listening to the victim’s statement, Judge Richard Swartz imposed the following sentence on Jackson:  five years as to each charge, all but one year suspended, with the one year in prison to be served in the Department of Corrections at hard labor without the benefit of probation or parole. The Judge also granted a lifetime protective order for the victim. Upon release from prison, Jackson will serve 3 years on supervisory probation with anger management classes and mental health counseling.

The Covington Police were called to Covington High School on October 6, 2021, due to a report of a battery of a school teacher by a student. The victim was taken to St. Tammany Parish Hospital.

While officers were obtaining information from the school principal, a fellow student informed them that a video had been uploaded to TikToc. The juvenile showed the video to the officers who reported that, “the [victim] and Jackson appear to be arguing, after which Jackson grabs [the victim] by the hair and begins punching her in her head. Jackson continues to beat the victim on her arms and head as she is pull to the ground.”

The defendant was interviewed that day at Covington High. She was wearing the same clothing and hairstyle as was on the video. The defendant denied that that any such incident occurred; she was arrested.

The victim sustained lacerations and bruises on both arms, trauma to the head with concussion, trauma to the neck, a fractured rib with heavy bruising and a sprained wrist. A chunk of hair was pulled from her head and she was diagnosed by her eye specialist as being “one step away from a detached retina.”

Investigations never confirmed whether the “Slap a Teacher” TikTok Challenge was the motive behind the attack.

With the victim’s consent, the DA’s Office has attached to this release a copy of the victim’s impact statement.

The case was prosecuted by Assistant District Attorney Zachary Popovich.