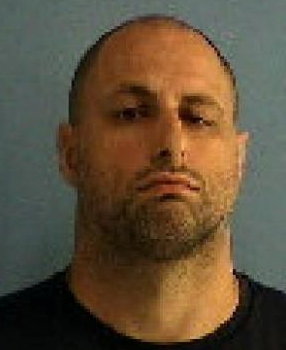 COVINGTON—District Attorney Warren Montgomery reports that on Wednesday, April 20, 2022, Wade Ostarly was sentenced by District William Burris to 40 years in prison, the first 20 without the benefit of parole. In December, 2021, a 12-person jury convicted the defendant of attempted manslaughter, domestic abuse aggravated assault, illegal discharge of a weapon during a crime of violence and illegal possession of a firearm by a person previously convicted of domestic abuse.

The crimes occurred on August 26, 2019 in the early morning hours. The victim and her two children were in their home sleeping when the defendant kicked in the front door. The victim dialed 9-1-1 but the defendant took the phone from her and put it in his pocket. The children were able to escape and ran through a field and a creek to their grandparent’s home.

The defendant, armed with a firearm, dragged the victim by her hair outside to a gravel driveway. The defendant pinned her down while pointing the gun at her face and threatening to kill her. As she pleaded for her life, the defendant fired the weapon toward her head.  The bullet missed her but gravel, debris and shrapnel tore into the victim’s shoulder. The victim ran and attempted to barricade herself in the house but the defendant now had a shovel. The victim wrestled the defendant over the shovel and the defendant pushed her into the microwave causing a laceration to her head.

Unknown to either the victim or the defendant, the 9-1-1 operator was still on the line and the entire attack was recorded. In the 911 recording played at trial, the victim continually pleaded for her life and the defendant repeatedly told her he was going to kill her.

Because of the egregious nature of the attack, Judge Burris ordered several of the counts to run consecutively to one another, thereby adding an additional 20 years to an otherwise 20-year sentence.