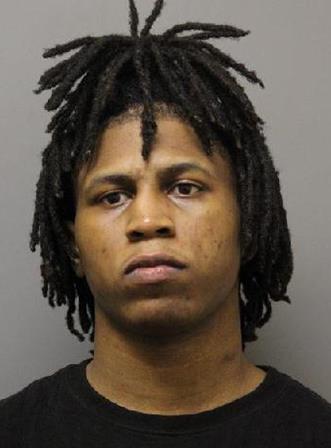 District Attorney Warren Montgomery reports that on Tuesday, May 10, 2022, DeMarquiez Harris, 26, of Bogalusa, Louisiana was sentenced by District Judge Scott Gardner to life in prison without the benefit of probation, parole, and suspension of sentence for aggravated obstruction of highway and aggravated flight from an officer. A jury found him guilty on March 25, 2022.

The defendant was adjudicated as a habitual offender. He had multiple prior convictions in Washington Parish including aggravated battery, battery of a correctional officer, battery of a police officer, and possession with intent to distribute marijuana. The defendant was recently sentenced to 262 months in federal prison on conspiracy to distribute methamphetamine, cocaine, and marijuana. In addition, he has outstanding warrants for forcible rape out of Washington Parish and Engaging in Organized Crime (deadly conduct) out of Texas.

While pursuing the vehicle, officers observed an object being thrown from the vehicle which was later discovered to be a stolen firearm. The officers conducted a rolling road block as the vehicle neared the end of the bridge in Mandeville. The defendant and his three passengers were ultimately taken into custody.

Following the defendant’s apprehension, he failed to appear for trial in October of 2017.  He was not re-arrested until October of 2020 when he was involved in another high-speed chase involving Louisiana State Police in which the defendant reached speeds of 125 miles per hour. He is due to be arraigned on charges stemming from that arrest the week of May 15, 2022.

During the trial in March of this year, the defense argued that the State could not prove the defendant was the driver of the vehicle; however, dash camera video and a recorded admission by the defendant proved that he was. Following the trial, Harris was booked on a new charge of having contraband in the parish jail.

This case was prosecuted by Assistant District Attorneys Elizabeth Authement and Blake Peters. D.A. Montgomery would like to thank the the jury and the Causeway Police Department for the quick thinking and bravery of its officers on that night, as well as the Louisiana State Police for their assistance.